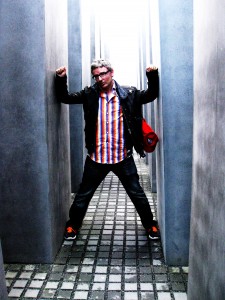 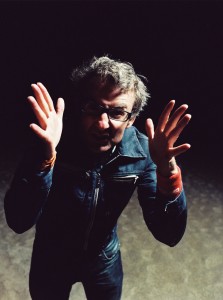 “Connellan’s a fascinating writer… his dialogue sparkles….he inspires me” – George Kimball, award-winning journalist for the Boston Herald for 25 years and a syndicated columnist for the Irish Times

“I’d die for dialogue,” Brendan Connellan says. “The first time actors gathered in a room and read aloud my lines, I was almost hiding behind the couch but I got over that pretty quickly. Then it became exciting. I’d hear things I’d want to fix right away and would be itching to write the follow up. I want to do this till I die.”

What are you working on at the moment?

I’m completing my novel “Strut and Fret.” Even though I have written many plays, this would be the first novel.

People are always amazed that my plays have so many different themes. POMPA POMPA was funny but it was also very sad. The audience found themselves rocked between laughter and tears. It’s about survival and what each of us do to hang on. Perhaps it’s an Irish thing to blend the funny with the sad. You have to lull the audience into thinking one thing then slit their throat with another. Granted, that makes it sound like a hit-and-run. Part blood, part laughter.

1) I’d like to get lost in a jungle in Asia, just to see how I’d cope. But I probably wouldn’t do too well so that would take care of the bucket right there and then.

2) I’d like to read a thousand more books but I did a quick calculation and figured out that, at best, I might get to devour just 700 more. That made me quite sad.

3) I’d like to feel more of a connection with the ocean and the moon and not be so caught up in the concrete corridors that hem us in if we let them. Be more alive to beauty, I suppose.

4) It would be a shame to die without seeing Ireland properly. It’s a small island but I barely know it outside Dublin. My roots are all in the West so I’d like to start out there and see what I see.

What is your favorite place in the world to visit and why?

Paris. Death feels so near. It jolts you out of your torpor. Life feels very short there.

Who is your greatest inspiration and why?

My family. We’re all completely different but we’d do anything for each other. New York City, too.

What picture do you love to stare at and why?

Any El Greco. The way that the colors wobble and throb feel so futuristic, yet he couldn’t get anybody to pay any heed to him in Rome or Madrid so hid himself away in Toledo, threw out the rule book, ripped out the pages and painted the way he wanted to. Standing ovation every time.

“Swimming to Cambodia” by Spalding Gray, “Tsar of Love and Techno”by Anthony Marra, “Never Let Me Go” by Kazuo Ishiguro, “A Secret History” by Donna Tartt, “White Tiger” by Aravind Adiga, “Sweet Bitter” by Stephanie Danler, “The Opposite of Loneliness” by Marina Keegan, “Gone Girl” by Gillian Flynn, ‘Revolutionary Road” by Richard Yates, “Bring Up the Bodies” by Hilary Mantel, “Stasiland” by Anna Funder, “City of Spies” by David Benioff, “Clockers” by Richard Price, “The Great Gatsby” by F Scott Fitzgerald, “Bright Lights, Big City” by Jay McInerney, “City of Bohane” by Kevin Barry, “Offshore” by Penelope Fitzgerald, “Up In the Air” by Walter Kirn, “Butcher Boy” by Pat McCabe, “Where’d you go, Bernadette?” by Maria Semple, “Station Eleven” by Emily St John Mandel, “Dept of Speculation” by Jenny Offill and “The Thing about December” by Donal Ryan.

“Pillowman” by Martin McDonagh, “Beyond Therapy” by Christopher Durang, “Lobby Hero” by Kenneth Lonergan, “Dinner with Friends” by Donald Margulies, “August, Osage County” by Tracy Letts, “Our Town” by Thornton Wilder, “Sive” by John B Keane, “Mauritius” by Theresa Rebeck and “Philadelphia, Here I Come” by Brian Friel.

Brendan Connellan, an extremely well-regarded and sought-after natural gas basis trader at Morgan Stanley, is set to star in an Off-Off Broadway play about Wall Street. In the show, KILL THE BID, which he also wrote and directed, Connellan plays Martin, an oil trader at an unnamed firm, whose boss Vernon must initiate a round of layoffs. “It’s a race to see who can backstab whom first and hardest”, Connellan told SparkSpread.